The entrance of Taryn Davis' house, the 24 year old founder of The American Widow Project, a support organization for the new generation of war widows. Photographed at her home in San Marcos, where her late husband's Iraq war boots always are in the entrance.
Images part of the ongoing series by Gina LeVay. Women of The American Widow Project is a photo and video project that focuses on young military widows across the country to create an honest and intimate portrait of the "other side" of the conflicts in Iraq and Afghanistan. LeVay's goal is to work with as many women and men as possible to create an extensive and diverse visual portrait of our country now. 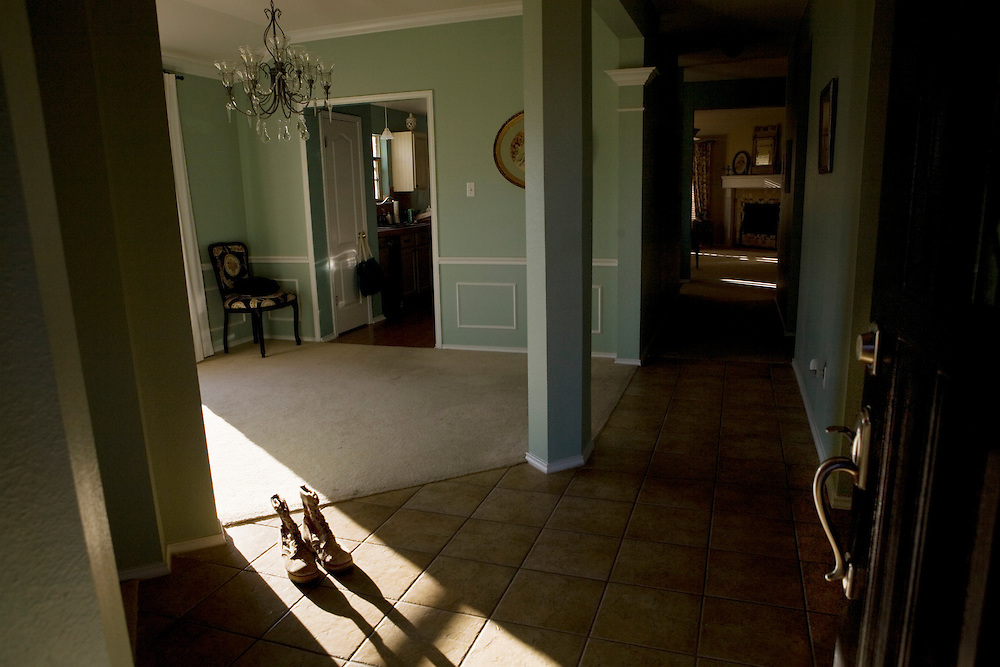